Draper Esprit selects AIM for its venture into public markets

Venture capital firm Draper Esprit wanted to invest in its portfolio of innovative, high-potential tech companies for longer and to build bigger stakes in them. So it turned itself into a public company, as COO Stuart Chapman explains.

The business of funding winners

Veterans of the venture capital (VC) industry, Simon Cook and Stuart Chapman had been investing in high-potential technology companies for several decades. But they wanted to be able to invest for longer in these emerging companies than the traditional ten-year VC fund structure allowed.

And they wanted to be able to build bigger stakes as many of these companies remained private for longer periods. “The pressure to show returns in Europe continues to force funds to sell out early after just a few years. The best global technology businesses take much longer to build to their maximum potential,” says Chapman.

The answer lay in taking their VC firm Draper Esprit onto the public markets. In a publicly listed structure, their portfolio companies could be supported until they were ready to float themselves. Draper Esprit joined a number of other “patient capital” investors in being able to provide long term permanent capital to technology companies.

“The listing has definitely helped us,” says Chapman, now Draper Esprit’s chief operating officer. “We can go longer with the entrepreneurs who can create truly world class companies and build an environment in Europe in which we increase the likelihood of winners.”

“The LP model restricts the number of people who can invest in these exciting companies, as it restricts those who can invest in VC LP funds. Individual investors may be able to get into seed and early-stage deals through crowdfunding platforms, but many innovative, high-growth tech companies will not be accessible either to institutions or individual investors until they go public. We are now a conduit to these companies.” 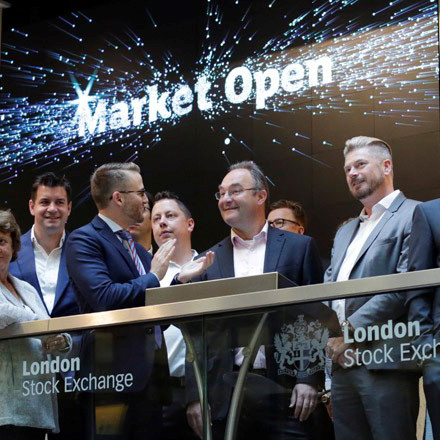 “As an investor I have proudly participated in ten IPOs but the pride I felt in seeing my own business come to the market was 20 times greater.”
Stuart Chapman, COO, Draper Esprit

Above all, the IPO has enabled Draper Esprit to operate at a faster pace. After the IPO, two further fundraising rounds have taken place – in 2017 and in 2018. “It is not so much about the scale of the funds raised as the velocity which the public markets have given us,” says Chapman. “We also have the confidence to go back to the market again. If we are performing and hitting the metrics, then there are no barriers.”

As a result, the firm is adding to its pool of potential institutional investors. “We are a growth story, providing institutions with access to exciting tech companies,” says Chapman. Since the IPO, he estimates that the number of interested fund managers has quadrupled – and there is much more to come. “We are still on our own scaling journey,” he says. 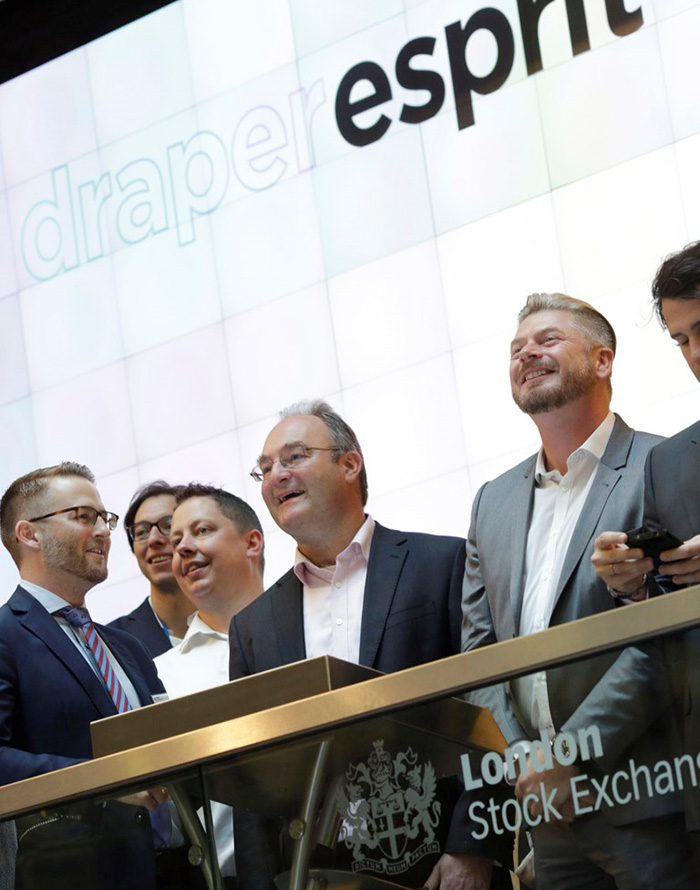 “Our mission was always to create something that was sustainable. Like our best portfolio companies, we wanted to look beyond our next fund raise.”
Stuart Chapman, COO, Draper Esprit

Since leaving 3i to set up the firm in 2006, Chapman and his long-time business partner Simon Cook (now Draper Esprit’s CEO) have long enjoyed being able to sit opposite entrepreneurs and be on the same level. Now they too have experienced the glow of a successful IPO.

“As an investor I have proudly participated in ten IPOs,” says Chapman, “but the pride I felt in seeing my own business come to the market was 20 times greater.”

A further motivation for the IPO was to help Draper Esprit become a more permanent business.

“It’s hard for many financial firms to have a clear identity in what is a crowded marketplace,” says Chapman, “so being part of a publicly listed firm gives us a stronger brand and greater visibility. Stock options have proved to be interesting; they do help to provide a sense of ownership and loyalty, of being valued.”

But there is also a longer game. Longevity and succession are not very common characteristics of VC firms but Chapman and Cook have a vision for a firm that will be here in 20 years’ time and longer. “Our mission was always to create something that was sustainable. Like our best portfolio companies, we wanted to look beyond our next fund raise. This is about building a firm in which the next generations can be making great investments long after we have retired from the scene.” 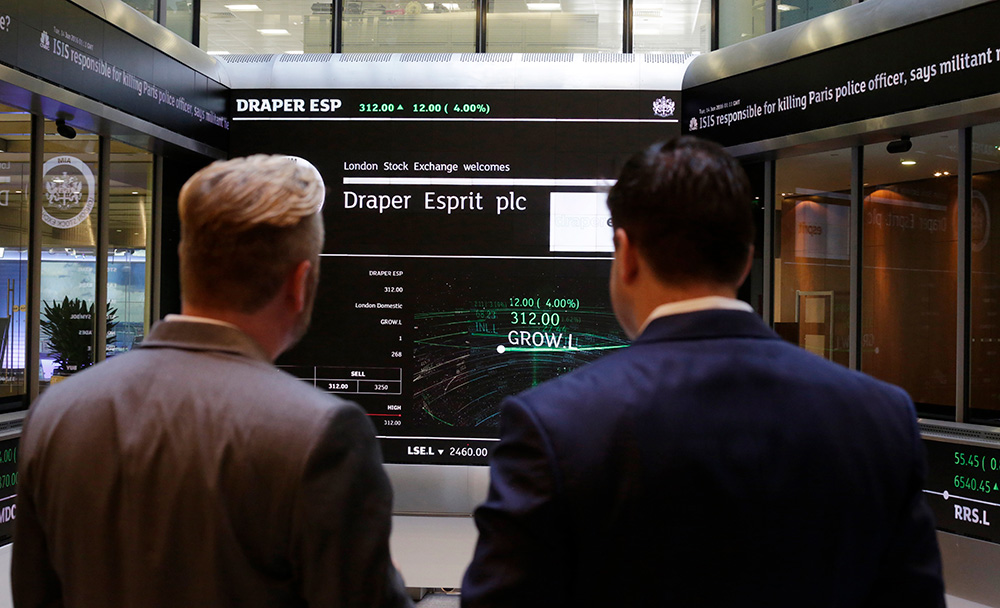